Its not because i m scared not having one in future but this constant feeling that is eating me.
I may have scored the best than the rest of our group or in your friend circle. I may have had the better education than them. But I am a total failure than all.

Even i have a wish to get a decent job with a decent pay. I wish to be in a quality work space. Not between some kitchen wives who jabber about nothing other than saas bahu drama and how horrible is married life. I want to be between quality people who enjoys life like our friends’ group does. Who makes me feel yes these are the people i want to be around or this is where i belong..

But no i always end up in garbage. I have realized its not gonna happen. i tried a lot to turn my luck. But no. i have worked hard; hard like anything to get those numbers on my marklist but alas they are mere numbers… And i am a big zero…

Atleast i don’t want to be a even more giant failure buy wining over not having a baby.

“Grow old with me, the best is yet to be. The last of life, for which the first was made” Lines by Robert Browning.

We all may have come across these lines in our life. But how many us have actually known the meaning of it. For some it takes a pretty tragic moment to realize the meaning, by the time you realize it you might have lost the person itself. God forbid those situations. So don’t wait for the realization to struck you and there is no coming back. Go out front and be open about your feelings. Go out front and be open about yourself. Be honest and truthfully accept your flaws and perfections. Dont hesitate to share the same with your loved one  that special one so that when you hit that tragic moment you leave with no regrets but rather with a full joyful heart.

Never take time for granded. Live the moment and don’t ever wait for the right time. Who knows you ll be there to see it or not???

it all started with a simple conversation. i never knew there are people or lets juz say raw flesh searching for me. the orange umbrella have opened wide. but this wide!! never imagined!!

this is a thank you post for the demon who have given the wind to the fire in me. Raavan the demon i worship n respect. the demon have shown the depth of my fire. thank you !!

we all need some hero to pick ourselves from those broken pieces and to walk with head held high. Thank you my dearest demon!! or should i say the most anomalous of all!! i care not of this demon’s gender, grace, attitudes or eccentricities. all i cared was the strangeness in its word. the anomalies in its Behaviour.

but one question to you demon!!

you have seen my soul’s mask i haven’t seen yours. how come that becomes a balanced equation??? fire never play with something unbalanced. it always love to play with a balanced version. so i challenge you openly to show me you soul’s mask. prove the devil inside you to me!!

i really wanna blog every day… but now i’m really busy….. now i know why most of my frnds don’t have time to call or mail me…. every one is busy with their life….

student life is the golden era of one’s life… no worries, no burden, no responsibility, nothing… juz full of fun….. most beautiful days… days filled with vibrant colors of life, energy, n lots of drama,…..

now i see all this in front of my eyes… but cant be one of them…. its like u see these moments but cant live it…. yup.. that’s the life of a college lecturer…..

lemme put it this way…. a lecturer is like a paralyzed student…. u see everything around u, u feel the vibes around u… but u cant live it…….

It all went well as I planned. The wedding came as a big surprise to us all. It was planned for the summer. But Adam’s grandmother wanted it as early as possible. It was a hectic week. The wedding shower, bridesmaids dress, the dinner, the cake, the venue, the buffet, and in middle of this all I dumped in to Daniel, my long lost recently found friend.

It happened in the middle of my wedding shopping. As usual Daniel is in full of energy with a camera and clicking me as I ran to him with both my hands spread which was actually packed with shopping bags…  I’m his favorite model… he clicks even when I sleep…

Daniel Ashcroft, only son of the steel tycoon Benjamin Ashcroft and Anna Ashcroft always wanted to do things the normal way. He wanted to go to the school were the middleclass went. That‘s how I ran into him in my 3rd grade. Some guys were bullying him and I kicked one of them and saved the day for him. Since then we are together . In high school, college everywhere. Both of us are the best and best of friends. No secrets. Our mutual friends even suspected that we are dating. But the truth is that we never agreed on anything. We fought on each and everything. He always pulls my leg. He was the perfect example of a true friend. One who puts you in the biggest trouble as possible and I loved it. I always covered for his multiple dates. I covered for his multiple girlfriends. Since he’s the only son of a millionaire, girls revolved around him and one day he got bored and asked me to be his by standing girlfriend. Well I made a good profit out of that contract. He paid me for each day. He is in love with his camera and nothing else. He clicks every time. He did it with great pleasure coz it irritated me .He is the one who introduced me to Gary.  In the beginning 5 or 6 months he was around with Gary. The three of us had the great time together.  Sam was not in the picture then.

But on the Christmas night of 2007, his dad died in a car crash and Danny didn’t come out of it. He left us all. No calls. No mails a total black out. Nobody knew where he went. Gary and I tried to locate him. But nothing and now he’s back.

He lends a hand with the wedding arrangements and it was old times again. He teases me. But this time this was a bit different. Something special about this whole coming back…

He asked me for a dance and it reminded me of the evening at Rome. Danny, Gary and me… Gary came around and asked me if I can get one of the bridesmaid girls for a dance with him… he’s a playboy.

Suddenly Danny got a call and he was all worried. He said it was from someone an informant, who has information about his father’s accident. He wanted to go but couldn’t coz if Gary finds out about it he’ll make a scene about this and will definitely scare the informant off. I stepped in and said I’ll go and meet the man. He protested but I convinced him.

I went to this deserted warehouse and I hear this loud noise of a 100 bullets and suddenly I saw a man standing there at one end of the warehouse. He is walking towards me and all I can think of is to run for my life. Suddenly I felt someone grab my hand and as I turned Danny was there on one knee and without even letting me speak pulled a ring in my finger and kissed me. I couldn’t even breathe and he smiled to the fullest. I let myself off from his hand and screamed at him. “What the hell did you think you are doing..?? What’s this… you lied about your dad’s accident.. You used it to get me here…?” he smiled, “the old man wouldn’t mind. Also he likes you very much…”. He made it sound so silly… I was in top of my temper and I threw away the ring. I was so angry with him.  How can someone lie about their dad’s death?  Also make it so funny. “Juz how did u decide that I’m goona say yes. I’ll never say yes to someone who’s damn irresponsible as you are. When your mom and all the others around needed you the most, you fled. How can I trust you with my heart? What’s the guarantee that you won’t walk away from this relation in an unfair situation???” Then Gary came around” hei its juz for fun.. Actually I wanna see if it works on Amy.. I’m gonna propose to her… she’s a replica of you.” Oohh… I curse the very moment when those words came out from my mouth…Damn…. “Bad timing”. 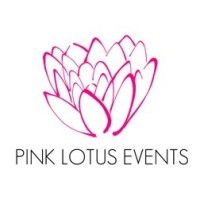 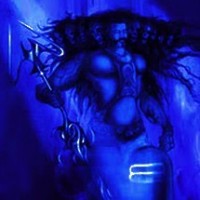 The Girl With Orange Umbrella
Blog at WordPress.com.